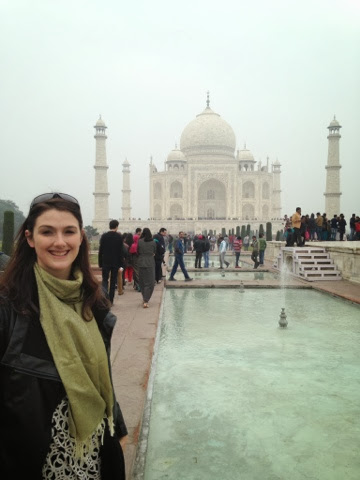 Standing next to the Taj Mahal. The smoke barely lifted all day.
It’s all I can do to keep my eyes open tonight. I had plans to write this on the plane, but folded into a window seat with no space to move, I resorted to sleeping instead. We are now in Mumbai (or Bombay as it was formerly and still appears to be called), the biggest port city in India. It’ll be a quick visit here, as I’m heading to Pune on Sunday with a group to visit some auto manufacturers and John Deere.
My roommate and I have been reflecting heavily on the past two days. The road to the “most beautiful of beautiful and magnificent of magnificent” Taj Mahal takes you thru the streets of Agra, a ‘small’ city of 2 million people. Among a gridlock of people, cows and traffic the absolute squalor is appalling. I am told by well-traveled friends we have not seen anything close to the worst, and yet we have seen far more than you’d ever witness in the worst parts of the worst cities in Canada. 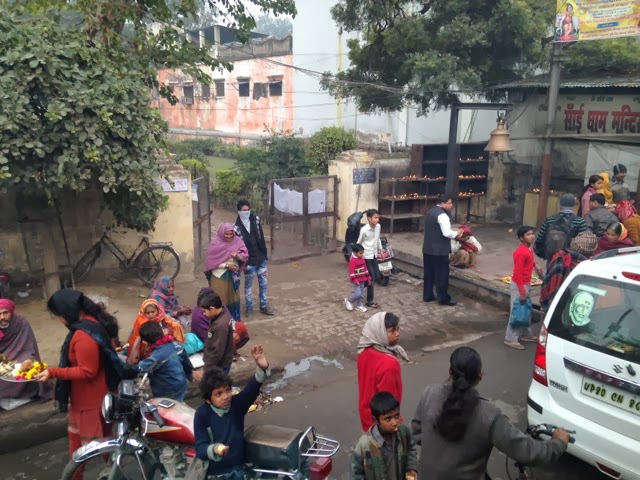 This little boy was fascinated by our bus and waves nonstop. It looked like he was eating a handful of lentils.
We left the Taj Mahal yesterday afternoon and boarded an open-air bus bound for the Oberoi Agra for lunch. While waiting, we were approached by the standard souvenir peddlers, as well as a shoeless, disfigured woman begging for money with her baby. It was heartbreaking and horrifying. We wanted so bad to help, but what could we do? After the fact, we realized there were far fewer people approaching us than there might have been given the streets we’d driven through. With the number of guards and checkpoints leading up to the Taj, how were these few able to stay so close to the gates. There is a purpose for them being there.
Among such desperation, there remains fierce pride of all that is good in India and there remains hope. I’ve taken to waving and smiling at people from the bus. Despite thousands of tourists embarking on Agra daily, they seemed so interested in who was in our bus and we were equally interested in them. Not a single smile or wave was left unreturned, their faces beaming with joy. If they have joy and they have almost nothing, why aren’t we the most happy people in the world? It’s also impressive, in today’s world, that so many different cultures live side by side in India, mostly without major conflict. India is a melting pot of nations, most of whom settled here thousands of years ago, and this dynamic heritage makes everything more colourful and energetic.

The Red Fort of Agra was built by 4 generations of Indian rulers.
The Taj itself is simply breathtaking. White marble, flanked by two identical mosques, gardens and red sandstone walls. Nearby, the Red Fort goes on and on, a huge and striking monument of the days of kings. On Friday, we visited Humayan’s Tomb, an equally stunning sight, constructed by Humayan’s wife when he died. Such lavish splendour exists all over this country, much of it dating back several centuries. The stories are so remarkable, it’s easy to mix them up with those of the various religions. 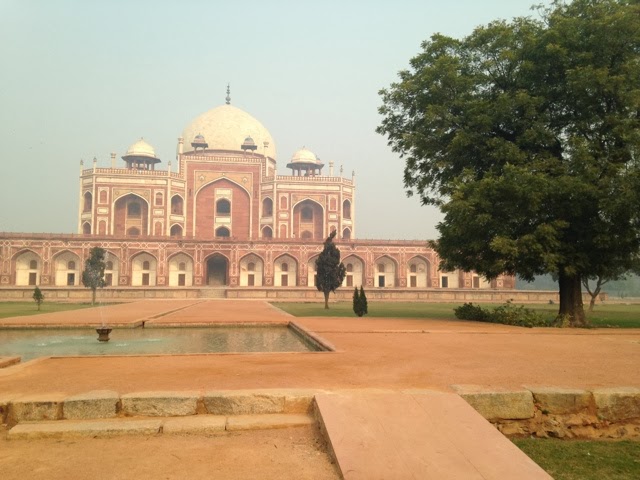 An entire village lived within the walls surrounding this tomb.

This is what makes India so captivating; the stories from her past and the rags to riches dreams today are like a fairy tale, and one can never be sure where fact ends and fiction begins. Most of the tales are spun in this ‘city of dreams’ in Bombay, so there will be much to see in the next few days.

What Do You Want to Read About?